Elitesports.fun – Tiger Woods, 42 years old, at last come from the bottom of the hell and become the winner on golf tournament on East Lake, United States, 23 September 2018. This win is the first time from 2013 when the last time he become the champions on golf tournament.

Woods looks trying to hold his tears after getting a historical win on that day, but at last he cry out of it. ” It is been so hard for me on this last 5 years in where i found a lot of problem in my life. But i try to work harder and only thinks the way to climb back in her, and here i am with the help with all people around me of course.” tell Woods. ” it is so hard on getting back and winning it once again.”

2013 years is the last year for Tiger woods having his golden time. on that time he can have 5 championship in one year. after that his carrier is messed up. His personal matters, infidelity that broke his family plus the injury that happen to him make him so difficult on finding his best form.

on 2013 he  repeatedly climbed to the operating table because of the injury he got in his knee and the back, The fourth one happen one the last April. For this year, in the early year look like Wood also can not found his best perform and look like can not compete on this year golf tournament also. But after he try to change his playing style, learn and learn how to play under the pressure of the other world class player, now he is here. 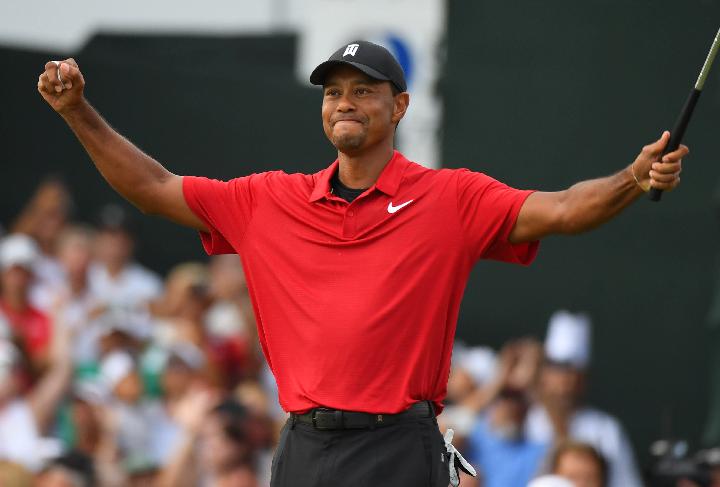 He succeed on seize his 80 championship on East Lake after outperform Rory Mcllroy and Bryson DeChambeau. On the last fairway, 18 all the audience call his name once again after a long time ” TIGER ! TIGER ! TIGER ! ”

He stood on the silence for a while like he want to feel this feeling deeper and craving into his heart that feelings. All other player that also being his competitor and friends also give him a congratulation on his winning.

Now we can wait, Will or will not Tiger can surpass Sam Snead on his record for having the most PGA 82 on golf competitions ?