Not long ago the world of football was shocked by the news of Zinedine Zidane’s resignation as coach of the Spanish giants Real Madrid. Zidane’s decision was taken after he coached Real Madrid for 2.5 years. Even before he decided to leave Real Madrid, he also managed to bring Real Madrid to become Champions League champions this season.

The exit of the coach from the Real Madrid club then got a response from Luis Figo. According to him Zidane is the best coach for Real Madrid. This is evident from the many achievements of Madrid during Zidane’s coaching period.

Luis Figo was a figure who had played with Zidane while at Real Madrid. He said that Zidane had magical powers capable of bringing the team to victory.

“Zidane is a friend of mine for a long time. I will support whatever he does, including his resignation from Real Madrid. ”

“I think he has reached his highest limit at Real Madrid, we must respect his decision.”

According to Figo, there will be no coach better than Zidane. He said that the figure of Zidane was the best coach for Madrid.

“Zidane is the best coach, does anyone else do more than him? That is impossible. ”

“The decision is indeed surprising, but we know the reason behind it all and we must respect it,” Figo concluded.

In the last 2017/2018 season Liverpool had objected to releasing Philippe Coutinho. But now the story is different, even the Reds claimed not to intend to repatriate Coutinho to Anfield.

Since the beginning of the 2017/2018 season Coutinho has indeed expressed his desire to leave the club. Barcelona also had a bid for the player, but the offer was rejected by Liverpool.

In early January 2018 ago, Coutinho was finally released to Barcelona. From the sale of Coutinho, Liverpool has a lot of funds to buy new players. Coutinho himself sold for 120 million euros, a pretty big number right?

In his first six months in Barcelona, ​​everything seemed to go smoothly. Coutinho even became Barcelona’s top choice. But entering the first half of the 2018/19 season, his condition changed, because he no longer got the main place at the club.

The player is often seen on the bench. Coutinho was deemed to be less competitive with Ousmane Dembele who was preferred by Ernesto Valverde. Seeing this condition, a lot of news said that Coutinho felt uncomfortable and unhappy in Barcelona.

According to the Telegraph’s alerts, Coutinho has hinted he will leave the club. Coutinho also did not rule out the possibility of returning to England.

But Liverpool said clearly that they were not interested in returning Coutinho to Anfield. They assume that the current squad is good enough so that they don’t want to repatriate Coutinho.

Robert Pires, Arsenal legend player gave input to Arsenal to bring Gareth Bale next summer. In the view of Pires, Gareth Bale can provide additional bang for the Gunners.

As we know, lately Gareth Bale is reportedly in the list of players who will be legged by Real Madrid. His position as a winger began to erode by Vinicious Junior in the first team of Madrid.

The player’s condition was increasingly uncertain after being involved in friction with other Madrid players. Yes, Bale refused to celebrate when dealing with Levante, this is what reinforces the suspicion that the player will soon leave Madrid. 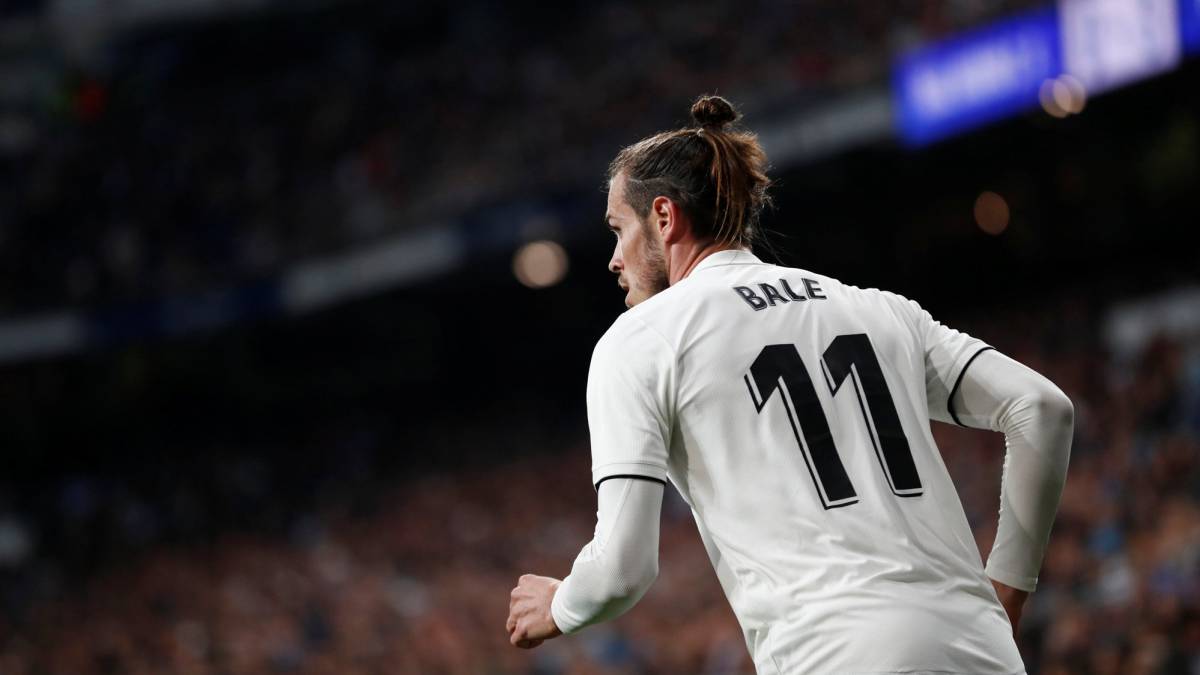 “I think this is Bale’s last season in Madrid,” Pires opened to Bwin.

The situation that is being experienced by Bale is considered very not conducive. Therefore, he said that Bale had to return to England and play in England.

“The situation is very difficult now, both on the field and outside the field. Many questions have questioned his relationship with his teammate in Madrid. ”

“You can see Bale’s unhappy face in Madrid. I think he’d better go back to the Premier League than have to stay in Spain. ”

“Many people say he will return to Tottenham, but I think Arsenal is a suitable place for Bale. Emirates door will always be wide open for Bale. ”

“Maybe Tottenham fans will not be happy with this, but I emphasize once again, we will warmly welcome Bale at Arsenal. I hope Arsenal management can bring it to the summer. “

Steve McManaman, a former Real Madrid manager, also spoke out about Cristiano Ronaldo’s move to Juventus. McManman explained that Ronaldo’s departure would not have a big impact on the La Liga competition.

As we know, the departure of Cristiano Ronaldo from La Liga reaps a lot of public response from world football. Many say that the departure of the mega star will make La Liga competition boring. This is because Ronaldo is one of the main stars in the competition. He also became a rival of Lionel Messi who played for the Barcelona club.

But McManman looked at a different perspective. According to him, Ronaldo’s departure will not have a big influence on La Liga competition.

“Ronaldo’s departure for Juventus will not have a big impact on this competition.”

He also said that La Liga had lost its iconic players several times. But the competition is still in demand today.

“Ronaldo himself has played in England, he has changed clubs several times.”

“Neymar is like that too. So in my opinion, this will not have much impact on La Liga competition. ”

“La Liga is the highest caste competition that has always attracted the attention of football lovers. So in my opinion, the transfer of players in Europe is a natural thing. ”

“Real Madrid and Barcelona will not lose their charm. They are the two biggest teams in the world. “

Cristiano Ronaldo became a very crucial figure for Juventus in the match against Ajax in the Champions League. The mega star managed to score one goal for Juventus at the end of the first half.

As many people predicted, the match between Juventus and Ajax went quite intensely. Ajax’s strength cannot be underestimated, besides being able to displace Real Madrid, they can also draw against Juventus in this first leg.

Massimiliano Allegri also did not want to comment much when asked about Ronaldo’s ability. According to Allegri, Ronaldo’s ability is known to everyone. But there are two things that make Ronaldo different from other great players.

Allegri explained that Ronaldo was a player at a different level who could find a gap to score even though he was in a bad position. This has been shown by Ronaldo when netting a goal against Ajax.

“Ronaldo has proven everything. Ronaldo’s greatness has taken him to a different level. He was able to find a gap at the right time and convert it to a goal, “Allegri said as reported by the Italian Football.

“He was able to bring the game and provide encouragement and create movement for his teammates. Federico Bernardeschi and Blaise Matuidi also managed to make good moves at the start of the match. ”

“Ronaldo’s colleague was also great, they were able to create a space for Ronaldo and give a perfect pass. We will focus on the second leg match later. “

Manchester United will soon face a very tough test where they will be met with the Spanish giants Barcelona in the Champions League. Many people who say this task is an impossible task for United.

Seen on paper, Barcelona is superior to the United squad. Not to mention that Barcelona is very familiar with the Champions League so that the games that are presented are more stable and consistent, don’t forget Lionel Messi, who is still the best player in the world.

Messi alone is considered the gap between Barcelona and United. But we also cannot underestimate United who are in their best form under the leadership of Ole Gunnar Solskjaer.

Although United’s position did not benefit, Juan Mata had a different view.

If we roll out a little United’s trip in the Champions League this season you could say it is full of miracles, let’s call it a victory over PSG which is quite surprising to many.

Seeing their experience when defeating PSG yesterday, you could say the conditions are similar to their current conditions.

“At that time I was not in Paris, the victory in Paris seemed very impossible right? But the victory was a very historic victory for us, “Mata opened as quoted by Marca.

“We were left behind in the first leg, but we managed to turn things around.”

“I believe the experience of the young players in Paris coupled with our cohesiveness at the club has made us a strong team. We will mobilize all our capabilities with United’s red jersey, we will not give up even though we face Barcelona. “

In the week 29 match of the Italian Serie A competition, AC Milan had to get a bad result when faced with Sampdoria. Visiting the opponent’s headquarters, the team made by Gennaro Gattuso had to go home with their heads down.

Indeed AC Milan can compete in a draw until the end of the match, unfortunately there is one blunder made by Gianluigi Donnarumma. How not, just running 33 seconds, he made a fatal mistake. The error was immediately greeted by Gregoire Defrel, Sampdoria led 1 – 0.

Seeing the blunder made by the goalkeeper, Gattuso believes his team suffered defeat because of being unlucky. Gattuso did not deny that his team made a lot of mistakes in the match, but the main thing was because his team was out of luck.

“That goal, we were very unlucky. We also made a lot of minor mistakes, many touches that should not have been done. We also cannot build attacks from behind as we have planned, “Gattuso opened to DAZN.

“But I need to emphasize, the performance of the players is still worthy of appreciation. When Sampdoria put pressure on us, we too often let them move. Because of that mistake they managed to build up the tempo and shape the game. ”

“Before we just lost to Inter, then we lost to Sampdoria. But we will try to get up. In the future there are still matches we have to face, we must focus on that. ”