Elitesports.fun – Chelsea legend Gianfranco Zola just praise the goal make by Eden Hazard that bring Chelsea win toward Liverpool 2-1 on the third round of EPL Cup in Anfield local time.

Hazard becoming the star of this game after his late brilliant goal bring Chelsea win against Liverpool on their home, Anfield. Beside his contribution toward Emerson goal, Hazard also show his quality as one of the best midfielder in the world by his solo run on 85 minute.

Chelsea left first after Daniel Strurridge score a goal on 58 minute before Emerson Palmieri can equalized it in 79 minute. Hazard who coming from the bench becoming the differentiator on that match. For his goal, Hazard start with a penetration on the left side of Liverpool defender, Belgium International midfielder cross over 3 Liverpool defender before he reach the penalty box in where his firing a shot that get into the far post of Liverpool goal. 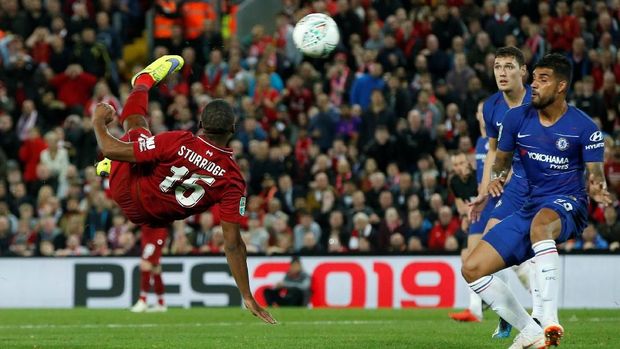 “I think that him (Hazard) is one of the best player in the Europe and also in the world. That can be sure now after what he has done on this day with the goal as the prove,” Tell Zola to the media.

“He still evolve on becoming better. He can do a right thing on the right time with an outstanding way,” Continue by Zola.

Liverpool Manager, Jurgen Klopp also did not hesitate on praising Hazard goal. “His speed is something near the unstoppable one. A amazing goal,” Tell him.

This goal will be known as one of the best goal on Football history and can be The best goal that ever create by Hazard.